Early Equipments required the operator to work dials until two waves were superimposed on the scope tube.  The time difference between master and slave pulses then was read from the dials.  Two (or more) station pairs had to be read to determine the ships position.  A chart with loran lines of position overprinted was used in conjunction with the loran.  Own position was at the intersection of two lines.

LORAN suffers from electronic effects of weather and the ionospheric effects of sunrise and sunset. The most accurate signal is the ground wave that follows the Earth's surface, ideally over seawater. At night the indirect sky wave, bent back to the surface by the ionosphere, is a problem as multiple signals may arrive via different paths. The ionosphere's reaction to sunrise and sunset accounts for the particular disturbance during those periods. Magnetic storms have serious effects as with any radio based system.

Loran uses ground based transmitters that only cover certain regions. Coverage is quite good in North America, Europe, and the Pacific Rim.

LORAN-A was a less accurate system operating in the upper medium wave frequency band prior to deployment of the more accurate LORAN-C system. For LORAN-A the transmission frequencies 1750 kHz, 1850 kHz, 1900 kHz and 1950 kHz were used. LORAN-A continued in operation partly due to the economy of the receivers and widespread use in civilian recreational and commercial navigation.

LORAN-A was used in the Vietnam War for navigation by large United States aircraft (C-124, C-130, C-97, C-123, HU-16, etc). A common airborne receiver of that era was the R-65/APN-9 which combined the receiver and cathode ray tube (CRT) indicator into a single relatively lightweight unit replacing the two larger, separate receiver and indicator units which comprised the predecessor APN-4 system. The APN-9 and APN-4 systems found wide post-World War II use on fishing vessels in the U.S. They were cheap, accurate and plentiful. The main drawback for use on boats was their need for aircraft power, 115 VAC at 400 Hz. This was solved initially by the use of rotary inverters, typically 28 VDC input and 115 VAC output at 400 Hz. The inverters were big and loud and were power hogs. In the 1960s, several firms such as Topaz and Linear Systems marketed solid state inverters specifically designed for these surplus LORAN-A sets. The availability of solid state inverters that used 12 VDC input opened up the surplus LORAN-A sets for use on much smaller vessels which typically did not have the 24-28 VDC systems found on larger vessels. The solid state inverters were very power efficient and widely replaced the more trouble prone rotary inverters.

LORAN-A saved many lives by allowing offshore boats in distress to give accurate position reports. It also guided many boats whose owners could not afford radar safely into fog bound harbors or around treacherous offshore reefs. The low price of surplus LORAN-A receivers (often under $150) meant that owners of many small fishing vessels could afford this equipment, thus greatly enhancing safety. Surplus LORAN-A equipment, which was common on commercial fishing boats, was rarely seen on yachts. The unrefined cosmetic appearance of the surplus equipment was probably a deciding factor. 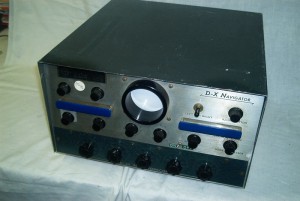 The Loran C system came into side-spread use during the 1970's.  A Loran C chain, called GRI (Group Repetition Interval) consists of a master station and two to five slave stations.  The area covered is much larger that a Loran A station pair.  At first an operator had to determine the time differences and plot them on a chart, as discussed above.  But soon the time differences were calculated automatically and displayed continuously and could be plotted on a chart.  Soon after, the time differences were converted directly into degrees and minutes of Latitude and Longitude.  The absolute accuracy of Loran-C varies from 0.1 to 0.25 nautical miles. Repeatable accuracy is much greater, typically from 60 to 300 feet.

Coverage is continuous within the area of coverage but the Loran system is not used worldwide.

The Loran C system is also used by aircraft. 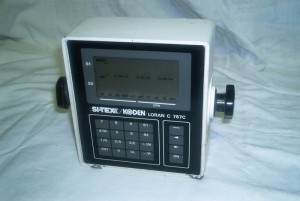 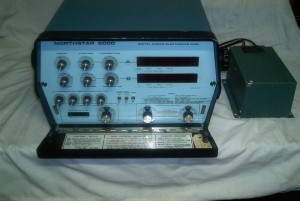 A LORAN C Navigator is essentially a computer with pre-loaded data, contained in an enclosure along with the receiver.

The recieved data consists of time differences between two (or more) station pairs.  One station of the pair is always the master station, the other is a slave station.  Each LORAN C chain consists of a master station and two to five slave stations.  The operator selects the optimal two pairs to obtain the data.

By matching successive fixes of the received data with the pre-loaded data, a navigator can show latitude-longitude, own ships speed and course, course to steer to a chosen way point, time to get to the way point.  Some other functions may be available. 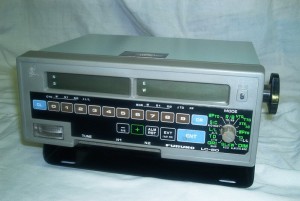 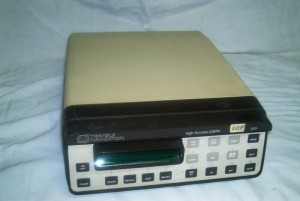 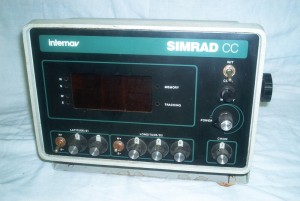 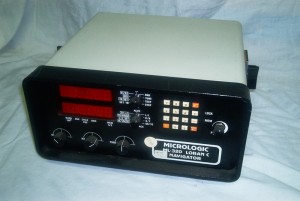 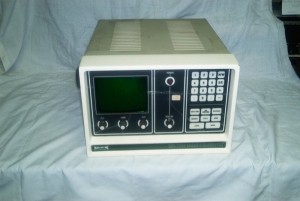