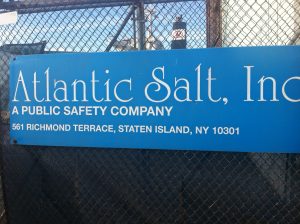 Once the home of J.B. King’s Windsor Plaster Mills, a United States Gypsum Corp. plant, Atlantic Salt, Inc. made Staten Island its home in 1976 and opened their Richmond Terrace facility. The family-owned Eastern Salt Co., headquartered in Lowell, MA, has its Atlantic Salt branch on 10 acres, which have, which have, some of the most interesting waterfront views on the north shore, due to the variety of ships that come and go. 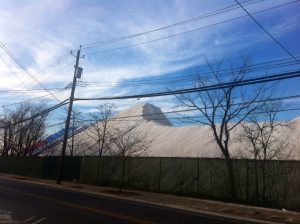 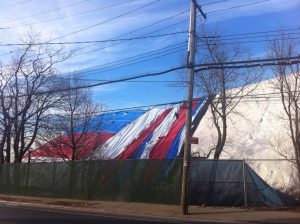 A replica of the US Flag is often used as a covering.

This mountainous landscape of salt has also hosted the LUMEN Festival– a co-production produced by co-hosted with Staten Island Arts. 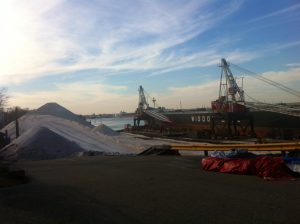 Here are a variety of recent photos taken at Atlantic Salt, Inc from Richmond Terrace. 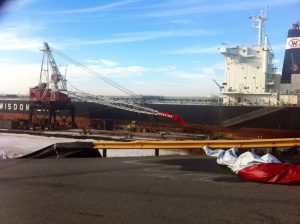 Ships pull up to dock for salt loads that travel throughout the country. 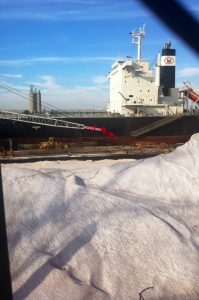 From this angle, it looks like a beach of salt.

Founder and Chairman of the Board.
View all posts by SAMir Farag →

Life on the Edge!! Second Installment
Check us out in Industry Magazine!